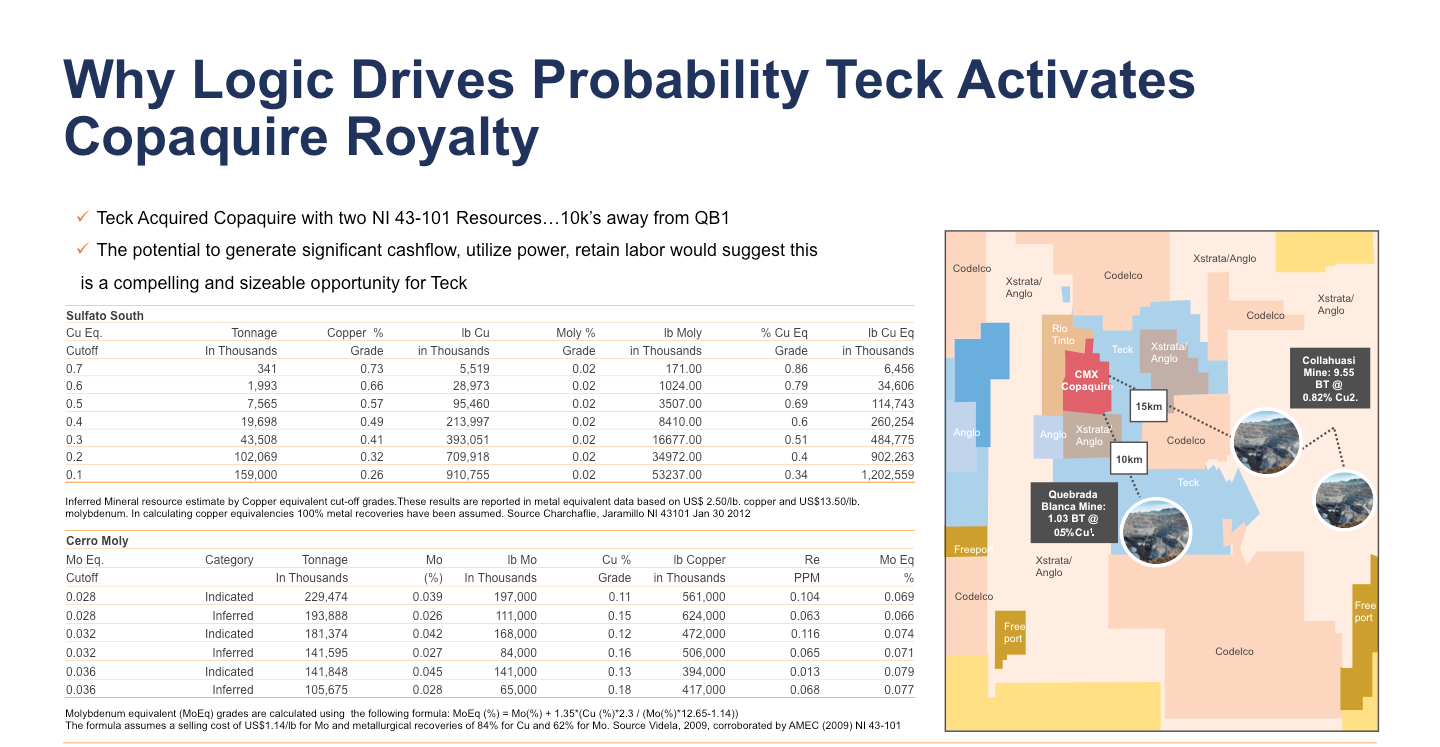 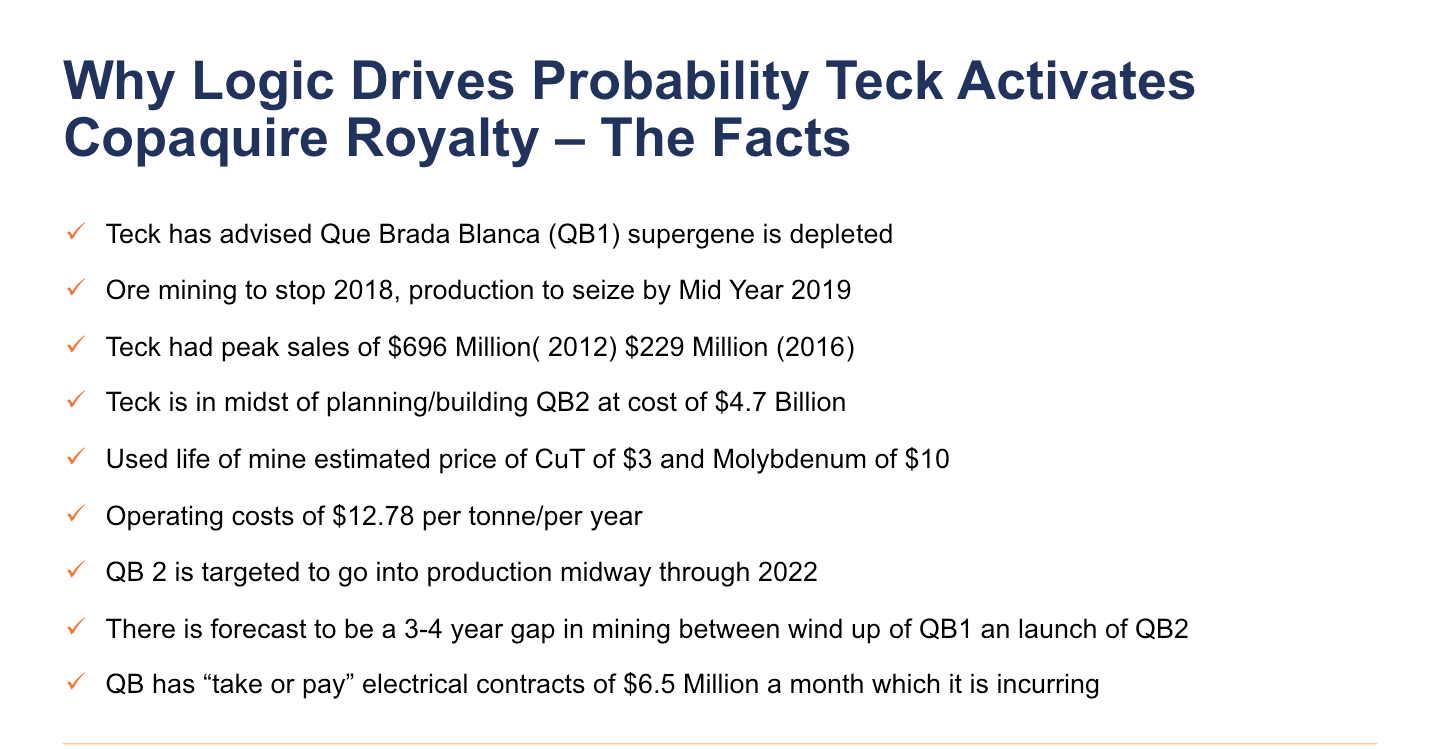 Chilean Metals sold its Copaquire property to Teck Resources Limited for Cad. $3,033,500, with CMX retaining a 3% NSR (net smelter return) royalty on production. Teck has the right to purchase one third of the NSR for Cad. $3,000,000, thereby presenting the Company with near-term cash flow potential. By way of comparison, total sales in 2013 at Quebrada Blanca, Teck’s nearby copper mine and SXEW operation, were $422 Million. The royalty, whether 3% or reduced to 2% through Teck exercising its right, has potential to provide significant future benefit to the Company in terms of non-dilutive exploration funding and/or dividends to our shareholders, and may provide a model for the Company’s future accretive growth.

Copaquire is located in Chile’s 1st Region, 125 kms south of its capital city, Iquique, on upland plateau in a very well-endowed mineral neighbourhood and readily accessible via well-maintained all-weather roads. The project adjoins Teck’s Quebrada Blanca mine, where leachable copper reserves will be depleted by 2016 at current production and reserve levels (Teck website). Anglo-Xstrata-Mitsui’s colossal Collahuasi copper mine also lies nearby.

** Videla, 2009, corroborated by AMEC (2009). See AMEC report for calculation of MoEq grades. AMEC calculated a waste to ore strip ratio of 0.52/1 for the highlighted base case.

There exists significant potential to define a mineable secondary enrichment copper resource at Sulfato South. The secondary zone or blanket, estimated at up to 100 metres thick in previous drill holes, was not separated from the general Sulfato resource in the above resource calculation. In-fill and step-out drilling is needed in this largely untested area. The secondary enrichment blanket is generally higher grade than the primary copper resource, closer to surface (hence lower stripping costs), and lends itself to more profitable heap leaching-SXEW processing.

We believe that the odds of Copaquire being developed by Teck in the near term, and hence triggering our royalty are excellent. Teck has made their plans to develop the sulphide resource at Quebrada Blanca quite clear, but this will take several years to achieve. In the meantime, leachable resources in proximity to the mine, such as Copaquire, will allow them to maintain copper production and an active mine as such resources at QB run out.